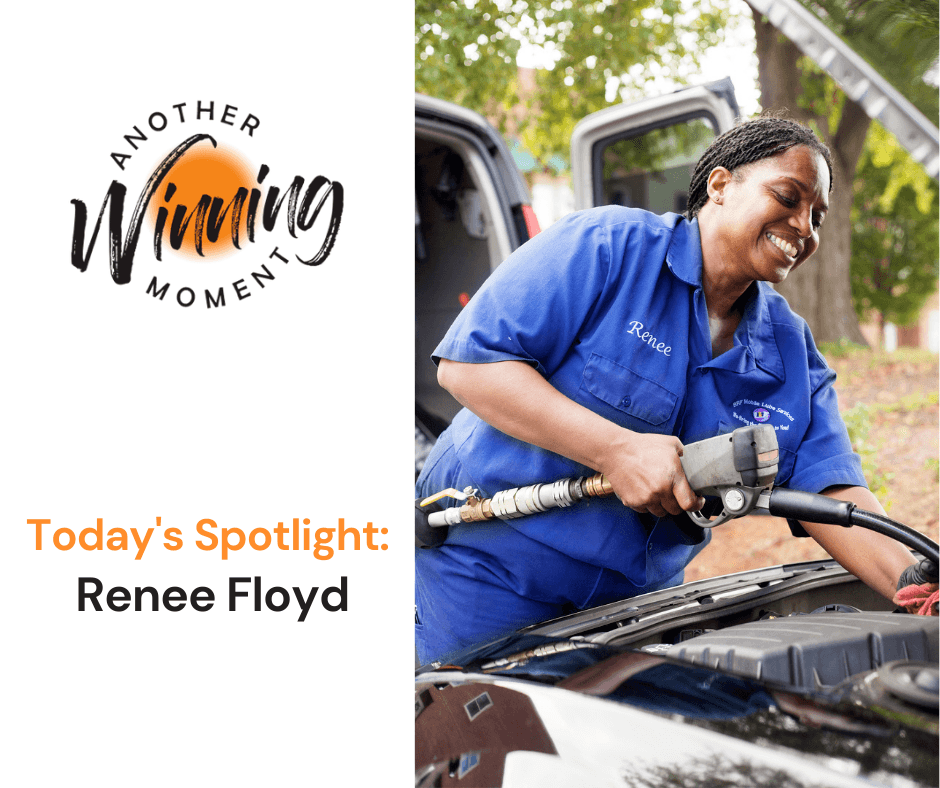 Posted at 08:15h in Uncategorized by lashanasorrell 0 Comments

“Success is a journey, not a destination.” – Renee Floyd

Renee Floyd is a mother, wife, veteran, entrepreneur, hero, and mechanic. Of these titles, nothing has influenced the trajectory of her life 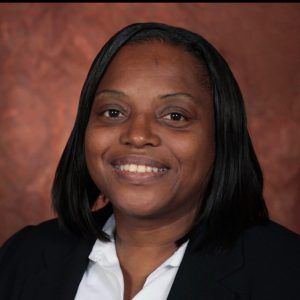 more than her role as wife, mother, and soldier. Renee’s story is an inspiring tale of overcoming life’s greatest unexpected circumstances to create winning moments.

Renee had her eldest child when she was still in high school. However, she was determined to ensure she positioned herself and her daughter to win in life. Renee finished high school, joined the military, and with the support of her mother began her first tour of duty overseas in July of 1985. This started the beginning of a military career that would go on to span 21 years of service at over ten duty stations across the world, including combat duty in Somalia and Baghdad, which left her separated from her family for great lengths at a time. Renee met her now-husband, of over 33 years, at her first duty station in Germany and they later had two sons together.

In the military, Renee became a trained mechanic and advanced to mechanic supervisor over the course of her career. A temporary position change during her first pregnancy expanded her expertise in the maintenance office, which laid the groundwork for what later became her current business- American Oil Changers. 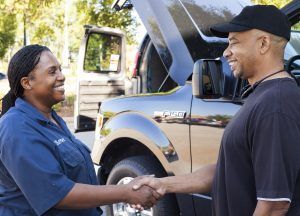 In 2004, four years prior to her retirement,  Renee gave deep consideration and reflection about starting a business with skills she already had and could leverage. There was one skill she knew exceptionally well– oil changes. Her research informed her that mobile oil changes were in demand, but didn’t exist. Renee founded American Oil Changers, LLC, a woman-owned-and-run mobile oil change business in 2005. Held back by fear and self-doubt, it took Renee four years before American Oil Changers booked its first customer of many in 2009.  However, Renee stepped away from the business in 2014 to manage a life-threatening illness and later sought treatment to manage her battle with depression.

Today American Oil Changers operates out of Atlanta, GA, and is currently expanding into the Maryland DMV area. Renee attributes the relationship she built while a site lead in Afghanistan for the business’ expansion to Maryland. Renee was responsible for supervising the 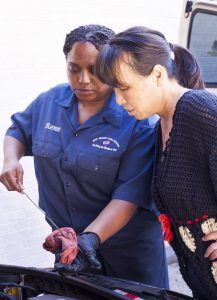 largest maintenance crew assigned to her contract while she was a site lead in Afghanistan. There she worked with mostly locals and though she was one of few female supervisors, she was embraced for the genuine compassion and humanity that she showed her crew.

Renee says one of her biggest entrepreneurial challenges was overcoming herself. There was a time when she was clouded with so much self-doubt and worries from how to attract and retain customers to how she might be perceived by civilians, despite her extensive military experience as a mechanic. She feared her qualifications would not be taken seriously because she was a woman.  Renee came to understand that she was simply in her own way. Renee overcame her greatest fears and is now fueled by her calling and purpose to serve. Recently equipped with an Associate of  Applied Science Degree in Automotive and a renewed sense of confidence in who she is and what she is capable of, Renee says she is pushing forward full steam ahead. She describes her winning moment as being able to pull back from the day-to-day operations of her company and lead four teams as the CEO.