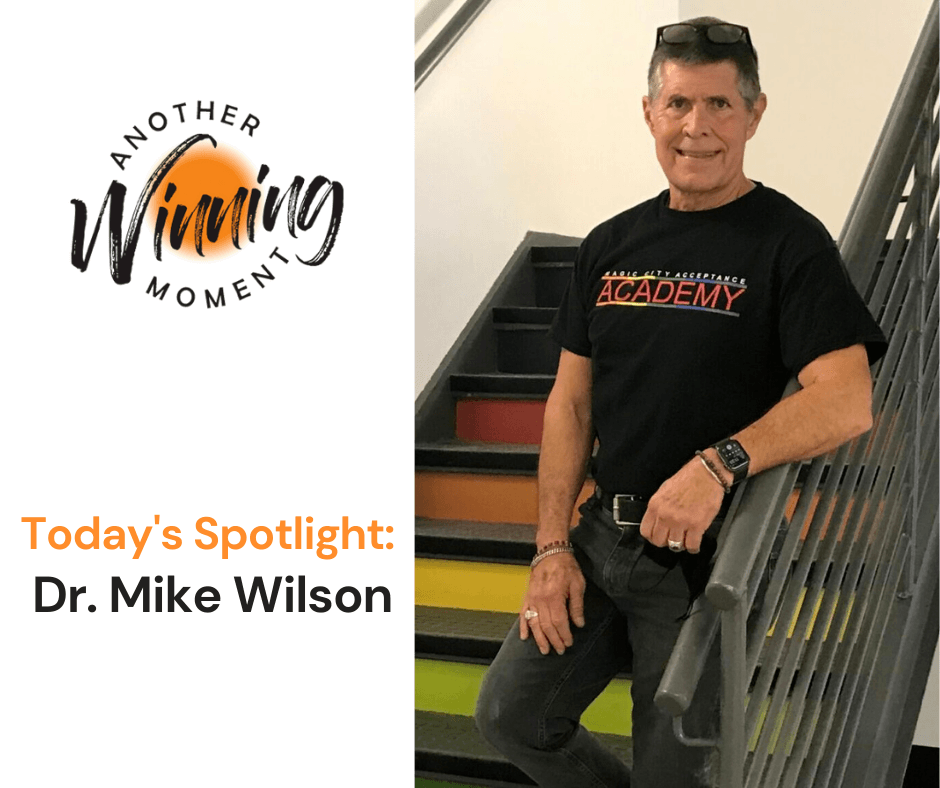 Posted at 04:50h in Blogs by lashanasorrell 0 Comments

“As a school leader, you live part of your story in those places you work in. You live those stories that take place there and it all has an impact on what we do.” – Dr. Mike Wilson

There is a new type of charter school in Birmingham that opened this year with a large mission to meet. The Magic City Acceptance Academy (MCAA) facilitates a community in which all learners are empowered to embrace education, achieve individual success, and take ownership of their future in a brave, LGBTQ-affirming learning environment. Founding Principal Dr. Mike Wilson sat down with us to discuss how MCAA is making winning moves in the city, state and the nation…

Who is Dr. Mike Wilson

After a 27-year career with Birmingham City Schools, Dr. Wilson took on this new adventure to create an educational haven atmosphere for students. While he loved his time at Birmingham City Schools, with the most recent role at Glen Iris, he was looking for his next challenge post-retirement. When he read the press statement about the opening of MCAA, he picked up the phone reached out to the Executive Director, Karen Musgrove, for coffee and the rest… is history.

Dr. Wilson says that the MCAA has given him a whole new purpose and motivation. He now has a new sense of value as an educator and as a school leader. Drawing inspiration from renowned thought leaders and education advocates such as Geoffrey Canada of the Harlem Children’s Zone, Dr. Wilson dreamt of building a school environment that could be seen as a best practice in the community, that was inclusive and had a student-first mission. Now his dreams are coming true. For Dr. Wilson, leading MCAA was an opportunity to co-create a learning facility from the ground up, that he could not only just “put his stamp on ”, but also develop with a community of educators. Together, they would design a system to be the best of what education could look like for ALL students.

Why MCAA is Needed Now

MCAA’s purpose is to engage students who have dropped out, are not thriving in traditional schools, or are enrolled in home-school 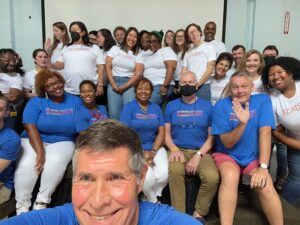 programs. MCAA will provide a brave learning environment and LGBTQ-affirming culture for all. Reaching out to a community of students who are not succeeding in their school environments, Dr. Wilson and his team are daring to not be traditional. They constantly challenge themselves to think outside of the box to be creative as they build this learning space. And their mission has never been more important than now. Findings from the GLSEN 2019 National School Climate Survey demonstrate that Alabama schools were not safe for most LGBTQ secondary school students. In addition, many LGBTQ students in Alabama did not have access to important school resources, such as Gender and Sexuality Alliances/Gay-Straight Alliances (GSAs) or similar student clubs and were not protected by supportive and inclusive school policies. Most LGBTQ students in Alabama experienced anti-LGBTQ victimization at school and more than 3 in 4 (78%) experienced at least one form of anti-LGBTQ discrimination at school during the past year.

Dr. Wilson expresses those startling statistics are the reason why MCAA is critical right now. He went on further to say “it’s time they said enough is enough with losing kids so somebody needs to do something. It needs to be now, it needed to be yesterday.”

He is determined to provide a first-class education and give kids the best opportunity to succeed. Dr. Wilson aims to teach students how to lead the way in their own education. He wants to put an end to the kids and families suffering because of a lack of resources and support in traditional schools.

Students at MCAA will have school counselors, social workers and a host of resources at their disposal such as built-in time for mindfulness and self-reflection. Teachers will have a chance to have a dialogue with students and families to instill self-worth for students to see they are part of the community as a whole.

The road to opening the MCAA wasn’t without its fair set of challenges. Even though The MCAA is now open in Homewood, it was originally applied to be chartered in the city of Birmingham. The application was initially denied at the state level but was later approved after appeal. It took six months longer than a typical charter approval process. One thing that kept Dr. Wilson motivated during this journey is his favorite q 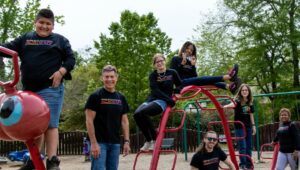 uote: “God doesn’t give me another mountain just to teach me how to climb.”

The MCAA would not be possible without the support of instrumental community partners like Birmingham Aids Outreach and New Schools for Alabama.

Dr. Wilson states education tends to systemically focus on the kids who have the best chance of getting straight As. However, MCAA focuses on every student, every child and gives them a chance. Winning is when a student graduates and feels like they understand themselves and can say they are valuable; I have a place. I belong. MCAA is not about being the highest achieving school academically or having the most winning debate or mathematics team, but it’s about re-engaging kids who have been disengaged from systems. Seeing his students take steps in valuing who they are and knowing they have a place in the community- that’s the greatest thing MCAA can do.

When we asked Dr. Wilson what his own personal winning moment was, he responded that up to this point it had to be the charter commission meeting where they received a yes.

If you’d like to donate and support their efforts, donations can be made here. If you know of a student who would benefit from these resources please contact Dr. Wilson at [email protected].